Cinco de Mayo is often celebrated with Margaritas, tequila, guacamole and of course good Mexican or Tex-Mex cuisine. Why is this holiday so celebrated in the United States and what exactly are we celebrating? Despite popular belief, Cinco de Mayo is not Mexico’s Independence Day, it is a day where Mexican Americans and later all of US America would celebrate, with tequila in hand, the shared values of the belief in freedom, independence, liberty, democracy, and equality.

Cinco the Mayo, or better known as “The Battle of Puebla”, was fought 50 years after Mexico’s independence in Puebla, Mexico. It represents the victory won by General Ignacio Zaragoza and his small Mexican militia over the large and strong French military in 1862. The French military had gone undefeated for years and the fact that such a small army had won was a surprise. We can compare this battle as the victory of David over Goliath, where the little guy takes down the big bully. In this case, the bully wanted to continue imperialism over western American soil. At the time, Mexico’s northern neighbor, the US, had been busy fighting the civil war, and the opportunistic French saw this as a great way to gain land and help the US confederate army defeat the Union. The victory of Mexico over the French actually aided in detaining the French, and thus, let the Union gain momentum and strength, by keeping the French away.

The Latinos living in the western US states had grown wary, since during the civil war the confederacy had expanded into New Mexico, Arizona and was headed towards California (a free state). Concerned that slavery was headed towards them, the Latinos of the west enrolled in the Union army to stand for and back freedom and equality. French invasion in Mexico was threatening the democracy and termination of slavery that had occurred 50 years earlier during its independence. The French – Confederate alliance was a threat to the values of many, in Mexico and the United States, who wanted a country free of imperialism, free of slavery, supremacy, and oppression.

The battle of Puebla, won by none other than Ignacio Zaragoza a Texan native, is celebrated mainly in Puebla, Mexico. Puebla is considered one of the best in Mexican cuisine according to the Smithsonian. Due to this Texan native being the hero of this war, the Tex-Mex cuisine is also a source of pride. We must note that Cinco de Mayo is truly a bicultural celebration. It is a holiday celebrated in honor of our fight then and now to uphold our values. So, this Cinco the Mayo lets lift our glasses and toast to celebrate the Mexican and American values that we share: to our freedom, independence, liberty, to democracy, and equality! Happy Cinco de Mayo!!!! 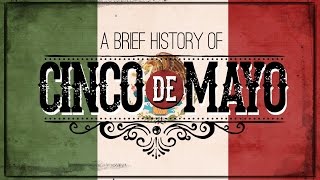